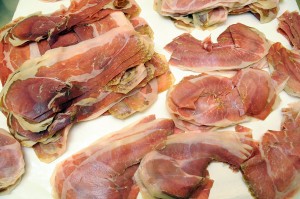 (Editor’s note: If you haven’t read Part 1 of this two-part post, know that it’s about the explosion of great food and drink options in downtown Lexington. This second part touches on restaurants just a couple of blocks away, to some several miles away, that should be added to your “must visit” list.) 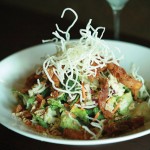 Doodles: This fast-casual breakfast and lunch operation is located about two blocks from downtown and less than a block from Transylvania University. If Lynn Winter hadn’t shuttered Lynn’s Paradise Café and considered doing a fast-casual version of that restaurant, this might be what it would have looked like.

Open just four days a week, the menu changes from Thursday toSunday. You can find everything from omelets to huevos rancheros to corned beef hash to a Kentucky hot Brown quesadilla, and that’s just for starters.

Prices are modest, you fetch your own food and coffee refills, seat yourself, and leave when you’re ready. It’s that casual.

The last time I went to downtown Lexington for any other purpose than a rock concert at Rupp Arena was 1989. Velvet Elvis was the band and they played at the Bottom Line. (Great show, by the way.) 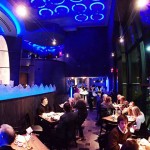 If we ate anywhere after that, it was likely Tolly Ho, a good greasy burger stop frequented by University of Kentucky students.

Even though I was a chef in those days, I didn’t imagine making a restaurant stop on purpose in the heart of the city. No one ever talked about dining or just hanging out there. Food in Lexington was for maintenance, not dining, something to get you filled up before you headed back to Louisville.

Now, however, people are talking. A lot.

And eating and drinking. A lot.

In about a five year span, Lexington’s city center has come alive with new bars, brewpubs and restaurants (and about a zillion great retail shops, too) that draw a broad demographic to a once largely dull business district.

LEXINGTON, Ky.—Last Saturday’s soft opening dinner at Coba Cocina delivered on the promises its three owners gave me months ago during interviews for another story. All three gushed, saying it “is a restaurant like nothing you’ve ever seen, not even in pictures.” 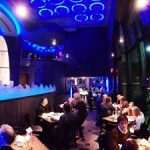 They were right. It’s easily one of the most beautiful eateries on this side of the Mississippi, and it would make a stir even in jaded Los Angeles.

The stunning new build set adjacent to the city’s Idle Hour shopping center employs lighted water features that change from blue to red to green and marble bar tops lighted from below to a ghostly pearlescent glow.