In a country where a good air quality day in any industrial city makes a Los Angeles smog alert day look clear by comparison; where food safety outside of said cities is questionable at best; and where people are imprisoned for speaking their minds, there exists a populous bent out of shape about antibiotic-stuffed chickens? 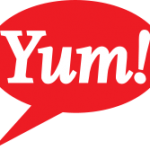 Indeed there is, and its complaint about fast-growth chicken served at KFC units threatens to stall the fast-food juggernaut’s expansion for Yum! China and flatten earnings for Yum! Brands in 2013.

Late last year, an inspection by Chinese officials of Yum! China’s chicken production practices revealed its birds were given hormone boosts that brought them from birth to broiler weight in just 45 days. (Sarcasm alert: Given that the life cycle of factory farm produced chickens here is 49 days, what’s the gripe, right?)