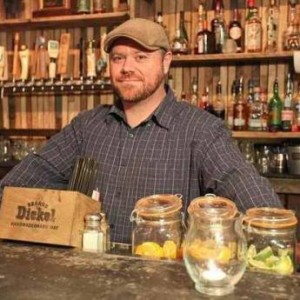 It was bad news for local bars when the University of Louisville announced it would self-penalize its men’s basketball team by sitting out the post-season in the wake of a salacious recruiting scandal. Without a reason to head to one’s favorite drinkin’ haunt to cheer on the Cards, it was predicted local watering holes would see business drop by about 25 percent for March.

Twenty-five percent! Imagine going to work some day and hearing from your boss that sales at your company were predicted to drop 25 percent in the coming month. You’d start figuring out how to spend that long-postponed vacation time and avoid a salary-free short-term layoff.

The second round departure of the Lady Cards only ground salt into those same bars’ wounded balance sheets, but the worst was yet to come: the premature end to the University of Kentucky men’s hoops team’s NCAA tourney run on Saturday. Yes, Louisville is Cards country, but even those fans are outnumbered by UK fans.  And the reality of no hoop-Cats and no hoop-Cards in the tourney means no whoop-di-doo March sales.

Bars in the Whiskey Row area will fare better since one of four NCAA tourney Sweet 16 rounds will be played this weekend at the Yum Center. But go just a couple miles away and you’ll find bars suffering from reduced sales. Imagine what’s that like for bartenders and servers who make their best tips all year long to know they’ll come up short without a local connection to the NCAA hoops-la.

But at least one bar owner is making the most of a bad situation. Dennie Humphrey, owner of The Monkey Wrench (1025 Barret Ave.) will host a March Sadness party on Friday, March 25, and show video replays of U of L’s 1980, 1986 and 2013 NCAA tourney championship wins. That’s not only clever, it’s smart. Any hardcore U of L hardcourt fans with that much time on their hands would love to watch all three games in one sitting. Whether one can drink and eat for what will be at least a six- to eight-hour stretch is another story.

I can’t imagine the place won’t be packed. The chance to review the unraveling of UCLA’s basketball dynasty in 1980, the denial of Duke’s dreams of its first NCAA championship in 1986, and the “return home empty-handed” outcome of Michigan’s spunky offense in 2013 is a one-time shot for most folks. (I know I don’t have DVDs of any of those, much less all three.)

No, it won’t make up for the $35,000 Humphrey told Insider Louisville he’ll miss out on in this maddening March, but it will help and it will be fun.

So do a good deed and visit The Monkey Wrench on Friday, or at least show some local bars some love by watching some basketball games at those spots rather than home this weekend.