Written for The  Bourbon Review.

Louisvillians are generally an easy-going lot—until you mess with Kentucky Derby week. In the run-up to the first Saturday in May, we place unrealistically high expectations on truly unpredictable things like fickle and pampered steeds and on-time restaurant reservations.

We’re even worse about Derby Week weather, claiming entitlement to a cool morning and sundrenched afternoon as an essential backdrop to the Run for the Roses.

And the month of May actually did begin according to the scripted warm, mild weather. Yet by Thursday, May 4, the change was on. Seamless blue skies became a rumpled dome of grey flannel, temperatures plummeted lower than President Trump’s approval rating and rain fell in chilly sheets. Beautiful Bourbon Country had morphed into bone-chilling Scottish Highlands, and Louisvillians were ticked. Shaking their fists at the leaden heavens, they and their myriad out-of-town guests made hasty trips to malls to buy anything to repel the cold rain on Kentucky Oaks Day.

But by the time Abel Tasman had garnered her garland of lilies that evening, 150 guests were arriving at the hallowed grounds of the Stitzel-Weller Distillery, where the meteorological madness was missing. A golden swath of sunset divided the onyx cloud bank and the horizon, and the rain and wind diminished. The second-annual Stitzel-Weller Affair was on—albeit inside a heated tent shielding a straw-covered lawn—and no one seemed to care whether ladies dressed to the nines wore Manolo Blahniks or muck boots. With a Blade & Bow mint julep in hand, all was well. As it should have been. Tickets to this grand event were $500 each. 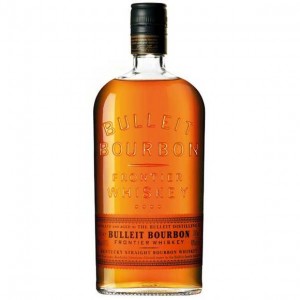