I hear this time and time again from chefs: Our local health board is not only not well-enough trained to do their jobs, their application of “the rules” can be capricious. To wit:

Eater Louisville reported this morning that Havana Rumba Express, a new Cuban-centered concept in the Douglass Loop, got a “C” on its recent health inspection. 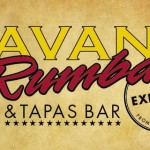 HRE owner, Marcos Lorenzo, also owner of both Havana Rumba restaurants here, posted a letter on the door explaning what the violations were and why they are questionable. I couldn’t agree more with his questions, especially based on his reference to other concepts’ practices.

Here’s one that’s particularly aggravating, from the Eater post: “To give you an example, we cook several items on Sous Vide. The inspector doesn’t want us to use again until he can give us the guidelines of how to do it properly according to him. However, he didn’t know what the guidelines are.”

Not only is sous vide–and other technologies such as CVap, created and manufactured here in Louisville–safe, it’s safer than normal food preparation.

But to a health inspector who hasn’t stayed up on food tech, it’s dangerous, the restaurant can’t use it, and now the restaurant has to change it’s practices.