Regardless of whether you think Papa John’s really uses better ingredients to produce better pizzas, and despite what you might think about founder, CEO, president, chairman, cheerleader, pitchman, chief cook and bottle washer John Schnatter’s prediction that the Affordable Care Act will cause the world’s third-largest pizza chain to bump up pizza prices an average of 14 cents each per pie, there’s no denying the 4,000 unit company is an exceptionally well-run money maker. 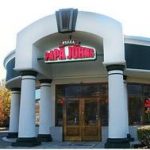 I can’t recall the last time I bought Papa John’s pizza or even snagged a slice at a kids’ function. But I darn sure hope I’ve got a slice of its stock in my retirement portfolio (which likely amounts to the value of an empty Papa John’s box). It is a solid performer whose value has doubled in the past two years, and its operations are the industry’s gold standard for pizza chains.

Here’s why I like it: In the fourth quarter of 2012, Papa John’s reported what one analyst called “robust” same-store sales. In the currently cut-throat pizza market, I’d call its performance butt-kicking.