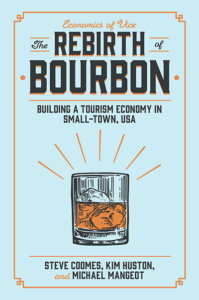 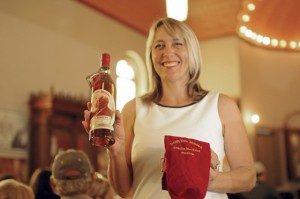 Louisville Mayor Greg Fisher proclaimed in mid-September that the numbers show Louisville, not Bardstown, Ky., is the Bourbon Capital of the World. (Click here to see news report.)

The humble town of 13,000 has laid claim to the title for many years now, trademarked it even. Yet in the middle of its biggest event, the Kentucky Bourbon Festival, which draws 60,000 visitors to that town to celebrate bourbon, Fisher takes to the airwaves to proclaim Louisville really holds that title, not its friendly neighbor just 40 minutes away.

While numbers show that a large portion of the revenue from bourbon and a good chunk of warehousing happens in Louisville, the truth is only a fraction of the industry’s distilling happens here at Brown-Forman’s Shively plant. The way I look at it, the kingdom lies where the products of the kingdom are made.

Sure, some micro-distilleries will add to Louisville’s distilling totals in the coming years, but let’s stress the prefix “micro” to be mega-accurate. We’re talking no more than 30,000 barrels in a state which now has more than 4 million barrels of whiskey in aging warehouses.

Those warehouses are in Bardstown, Clermont, Frankfort, Lawrenceburg, Loretto and Versailles. All within an hour of Louisville but not in Louisville.

And given growing concerns over the growth and spread of whiskey fungus, it’s a good bet you’ll never see new rick houses built here, though more are under construction elsewhere. Residents near abandoned rick houses in Louisville say that fungus—recognized as black streaking on the lower exteriors of rick houses—has migrated from those buildings to their homes, and they’re concerned. As in “We’ll sue if we find it makes us sick” concerned.

You don’t have that problem out in the country where rick houses are surrounded by fields and other rick houses.

I’m all for promoting Kentucky’s bourbon industry. It’s a magnificent part of our culture, a great provider of jobs, significant generator of tax revenue for the state—because the state taxes the hell out of it—and something that will always be truly Kentucky. (Sorry distillers elsewhere, you can make bourbon, but you can’t make it taste like it’s from here.)

But I’m not for dissing Louisville’s neighboring towns to make some trumped-up claim that our city is the Bourbon Capitol of the World. Especially during Bardstown’s big celebration.

Raspberries to you on that one, Mayor.