The micro-niche of distillery restaurants just got a little bigger, but much more significant.

Longtime Churchill Downs executive chef, David Danielson, was chosen to head up food and beverage operations at Dant Crossing and Log Still Distillery in Gethsemane, Ky. The young bourbon tourism hot spot’s assets include three separate cushy bed-and-breakfast facilities, The Amp (a 2,000-seat amphitheater), The Legacy (a 20,000 square-foot wedding and events center), plus a tasting room and cocktail bar. A full-service casual restaurant, 47 & Poplar, and distillery that will produce about 7,000 barrels per year, are under construction.

Danielson’s hire marks the latest shot fired in the escalating war of distillery foodservice, and it’s a big one—Howitzer big. Danielson’s résumé spans 35 years and includes everything from work in fine dining restaurants to four stints overseeing foodservice at Olympics events in Beijing, Sochi, Vancouver and Rio De Janeiro. During his 11-year stay at Churchill Downs, he led the elevation of foodservice at the historic track to standards expected by well-heeled patrons in its many private suites—no mean feat at a place feeding more than 300,000 people during Derby Week.

Danielson said he enjoyed the detailed, big-picture planning required to cook on a massive scale at the famed horse track. But in the past few years, he’s longed for direct guest contact and everyday cooking. 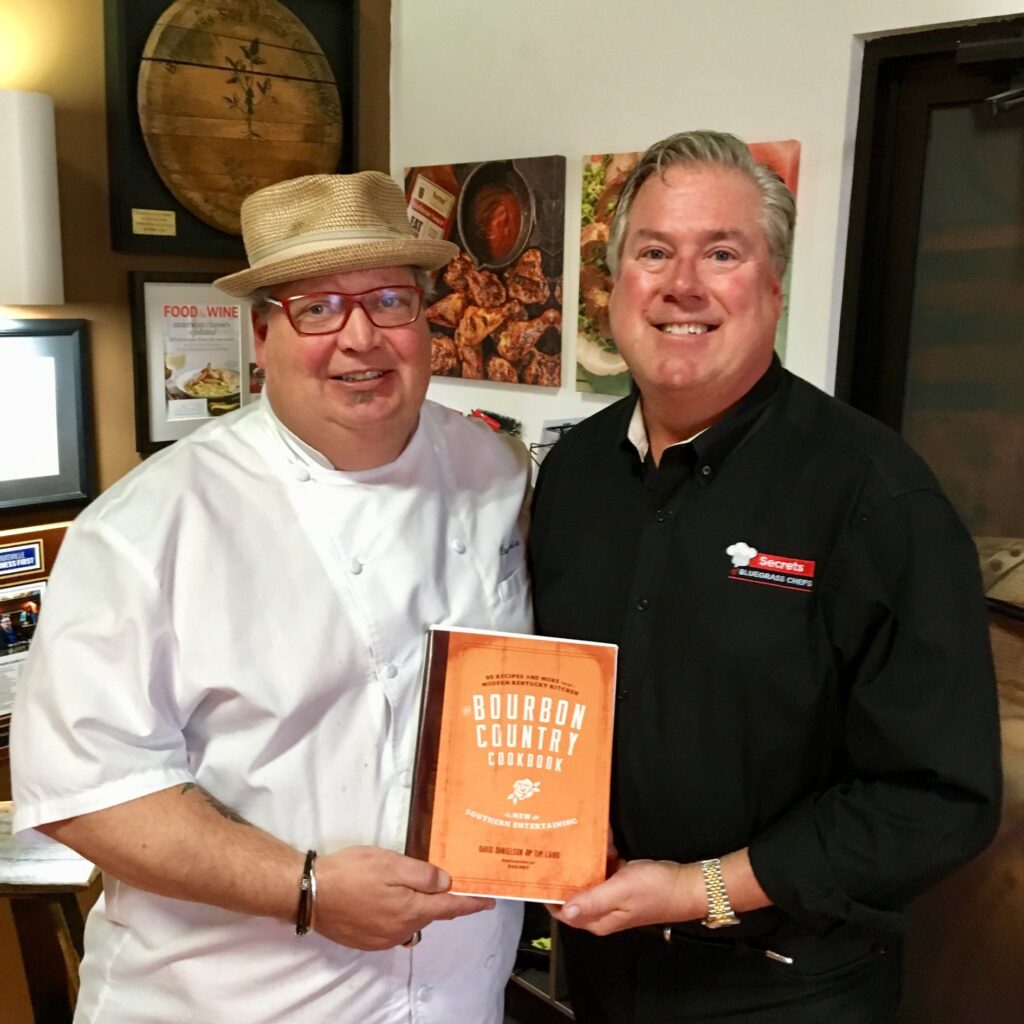 “It’s a lot of fun putting together large those events like the Derby,” said Danielson, a native of Chicago who said he’s smitten with the Bluegrass State. “But when I also was (chef-owner at) the Old Stone Inn a couple of years ago, that personal connection with guests—that actual being in the kitchen and cooking hands-on every day—I realized I missed it. I look forward to the smaller scale at the distillery.”

“Making bourbon is definitely important, but what we really want to do is create a whole new guest experience here,” said Wally Dant, founder and majority owner of the distillery and Dant Crossing, in a 2021 interview. “You hear it said over and over: people want experiences. That’s our vision for this place.”

Danielson said serving food on a scale smaller than Churchill Downs doesn’t reduce the intensity of the job. With such varied venues comes complexity in creating multiple menus and new production and service strategies. Food served in the restaurant won’t be the same served at The Amp, but in every case, Danielson said, they won’t be items found elsewhere.

“We’ve got an opportunity to come up with some great dishes and concession items and tie them to some of our beverages and signature cocktails,” he said. “You’ll not see those in a stadium or arena. … The amphitheater is an intimate venue that will allow us to do some very cool things. We want to tie so many things together to create new experiences for our guests.”