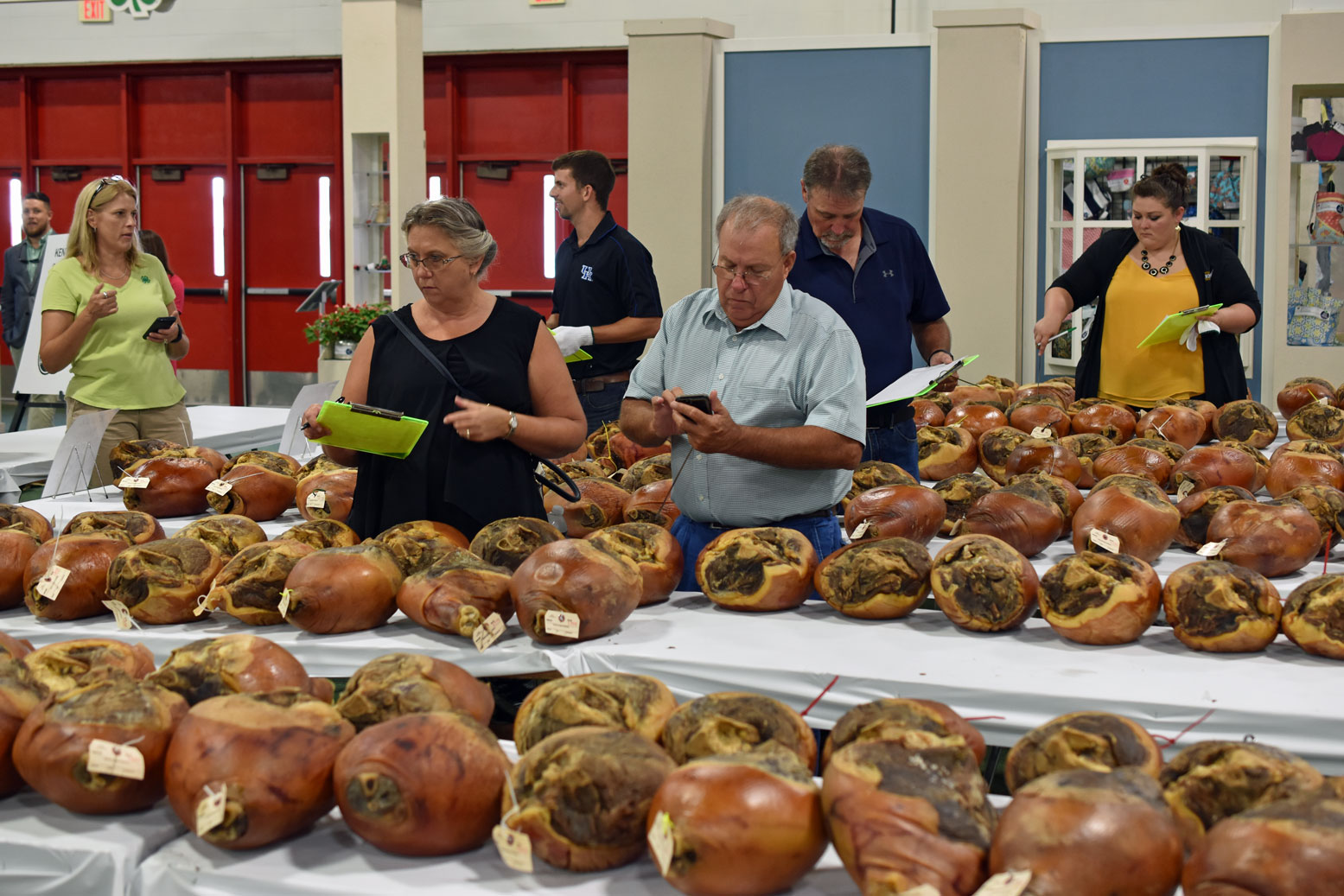 When the Kentucky State Fair began its annual country ham competition in 1964, Charles Gatton, Sr., of Gatton Farms was the Grand Champion. He donated his ham for auction and it raised $124 for a 4-H chapter in Muhlenberg County.

When Broadbent’s B&B Foods won the 54th annual competition this month—a record 19th top prize for the brand—its ham fetched a jaw-dropping $2.8 million at auction. Those funds will be divvied up among multiple charities

None of those funds goes to the ham maker. Publicity is the payout.

Since the contest began, 16 curing operations have claimed the top prize. But of that group, only six remain in operation, and one of those, Harper’s Country Hams, is contracting its ham production since fired destroyed its factory in February of 2017.

Like many industries, country ham curing is shrinking, but not due to consolidation or advanced mechanization.

I have hope, though, that this tide of decline will turn someday as some of the thousands of home curers showing their work on YouTube and in Facebook groups launch small curing businesses and prove that Americans can cure as well as anyone.

Every year, more than 700 kids enter hams in the fair’s non-commercial curing contest, so at least some of the knowledge is handed down.

We’ve also got the livestock and the grazing space—even the infrastructure. I learned of a large curing plant in Benton, Ky. that’s been idle for seven years—and it’s the most modern thing in the state.

Below is the list of Kentucky State Fair Grand Champions, their total victories and their business status. Congratulations to Ronny Drennan, curer and co-owner of Broadbent’s B&B Foods on victory No. 19. Amazing, work sir!

For what it’s worth, The Courier-Journal did an excellent job covering this morning’s annual Country Ham Breakfast, where the auction takes place. Click here to see some really nice work.