“American food is wonderful, but if this country is ever going to rise to the gastronomic heights of France, Italy and Spain, and take strides toward global respect for our national cuisine, we must begin to see our country as a unified gastronomic mosaic and acknowledge brilliance where it exists.”

When I read that quote this morning, I knew Martins was right. It’s well beyond time for American food to stand alongside edibles made in historically food-centric countries around the globe. Doesn’t matter that our nation is just 242 years old and France, Italy and Spain are comparable culinary geezers; we can and should raise the bar.

But he’s not talking about our restaurants as much as the ingredients we feed ourselves and others; that’s the motif woven through his excellent book, “The Carnivore’s Manifesto,” (hyperlinked here). When we begin 1. shopping more for quality and taste, 2. less for price, and 3. make good, nutritious and healthful ingredients affordable to all, we’ll have a nation whose standards for what we consume—the very fuel for our bodies—will rise high enough to gain the respect of others. 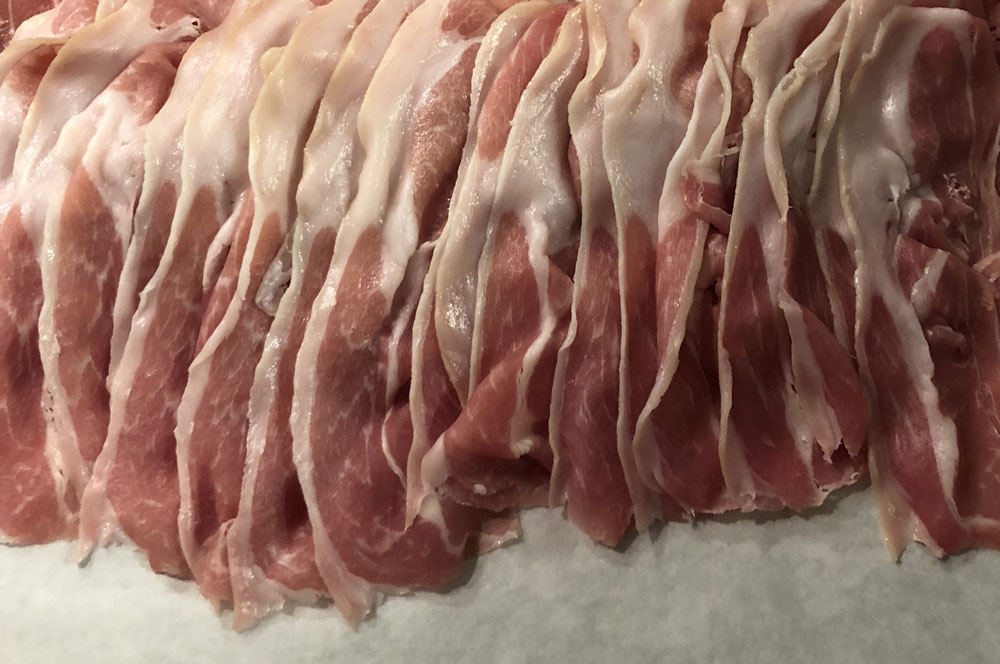 There are few other places where improvement is needed—and could be cherished the world round—than in our cured hams. According to USDA numbers, about 2.5 million hams are cured commercially every year in the U.S.

Yet according to Italian and Spanish ham curing sources, the U.S. imports 4 million hams annually.

The demand here is clear, but the supply is upside down.

Part of the blame can be laid squarely on the shoulders of the USDA, which, if you ask any ham curer, is ill-trained to inspect ham curing plants fairly. I’m told regularly that most inspectors simply don’t understand the science or the application of curing and, consequently, drive curers crazy with their ignorance. And while imported hams endure no such scrutiny, American cured hams—country hams especially—bear warning labels stating, “this product should be cooked before eating,” even though it’s held safely at room temperature.

Part of the blame also lies in the laps of some dry-curers, who hold their products in low regard. They see them as food set aside for special occasions like Easter and Christmas, when they’re boiled, simmered, deboned and baked … to death.

Few I interviewed for my book, “Country Ham: A Southern Tradition of Hogs, Salt & Smoke,” ever eat their ham sliced paper thin like prosciutto, which is exactly what’s being done to the FOUR MILLION HAMS imported here every year! Not all are guilty of this, but the major players make no effort to tap into the exploding market for charcuterie by selling their hams as ready to eat, much less taking the time to long-cure them. Somehow it’s not obvious to them that foreigners rule their market!

Those who are really pushing cured ham eaten as charcuterie—Edwards & Sons, La Quercia, The Hamery, Benton’s Smoky Mountain Country Hams and  Col. Bill Newsom’s Aged Kentucky Country hams—make up less than 100,000 of that 2.5 million-ham supply. They’re fighting an uphill battle while super-small producers in restaurants and butcher shops across the country, are making inroads with restaurants, gourmands and newcomers to cured meats.

As Martins says elsewhere in his book, better food—in this case, pigs—starts with heritage breed hogs allowed to root in fields for grubs, nuts, vegetables and more, not lean hogs raised in factory settings and genetically modified for uniformity. Hogs with good lifestyles produce good, interlarded meat that cures well over long periods, meat that tastes sublime and on par with anything coming from Europe.

The market is there for American cured ham. And if you don’t believe me, check out the dozens of curing groups on Facebook alone. I predict that this grassroots movement born in home kitchens will do to American cured meats what homebrewing did to American craft brewing.