Storied contract whiskey producer MGP Ingredients announced today it’s bringing a pair of its own rye whiskey brands to market under the Rossville Union label. Some drinkers may not know it, but the Lawrenceburg, Ind., distillery has filled the glasses of millions under the names of Bulleit Rye, George Dickel Rye and High West Rye and dozens of others. 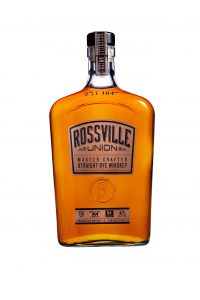 In recent years, the contracting giant released its own George Remus Bourbon and Till Wheat Vodka.

According to a news release, the two Rossville rye expressions are “named after the founding distillery in Lawrenceburg, Rossville Union.” The creation “represents a historic return to the home of crafted rye whiskey and honors a spirited tradition that dates back more than 170 years in America’s original ‘Whiskey City.’”