During a recent restaurant meal, I saw the kitchen door swing wide to reveal pictures of two restaurant critics taped to its backside. Printed on separate 8 ½ x 11 sheets were the visages of The Courier-Journal’s Nancy Miller and Louisville HotByte’s Robin Garr, Louisville’s lone remaining restaurant critics. Clearly they were posted there to keep staffers mindful of their looks should either darken that restaurant’s door with poison pen in hand. 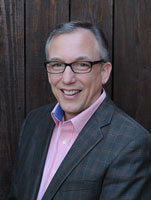 This isn’t a new practice. Even when I served in that dastardly role from 2007-2010 at Louisville magazine, at least one restaurant I knew of had my pic pasted to a wall. And to that staff, I apologize. To this day you probably can’t un-see that!

But it’s also not a practice to which I object. It’s smart to be as careful as possible since bad reviews can hurt even the best restaurants—and the place where I was that night is among my favorites. (Notice I didn’t say “best,” because what I think is great may not align with your view of greatness.)

Still, it bothers me to think that great business people like many of our local restaurateurs live in fear of a visit by a restaurant critic. It implies that the opinions of people possessed with the power of a media channel matter more than that of a regular customer.

I’m not saying regular diners get short-shrift compared to critics. I’m saying it bugs me that critics of all stripes garner extra attention to ensure their dubious professional sensibilities aren’t offended.

A big flaw in most restaurant critiques is critics attempt to judge all restaurants similarly in hopes of being viewed as fair to every establishment. But the result is usually an application of some vague one-size-fits-all standard that allows the critic to be questionably and confusingly graceful in some write-ups, while unpredictably savage in others. (The indecipherable way the Courier-Journal awards stars for restaurant reviews is the most confusing I’ve ever seen. And I’m not alone in that opinion.)

Too often the savagery goes well beyond the key elements of food and service. Some critics wax devilishly about dated drapes and furniture while others spend time correcting menu misspellings and server mispronunciations. We all appreciate well-decorated places and the effort to leave no menu stone unturned, but no one really gives a hoot about these things in a write-up or report on any restaurant. Readers want to know if the food and service are good. End of story, so report on those, not whether you think the wall colors scream 1980s.

Yet even nailing down the particulars of good food and drink is a slippery slope. No human tongue is alike, and what may appear too salty or sour or sweet to one tongue may be perfect in every way to another. Personally, I’m amazed at how much restaurant food I find bland and unimaginative overall is beloved passionately by others—the majority of others, in fact. So why does my lone opinion matter?

Or the lone opinion of critics?

I’ve spent 36 years either working in or writing about the restaurant industry. But just because I know more about that industry than most people doesn’t mean my opinion is more valuable than another’s. At the end of the day it’s about what people like and don’t like. Haughty critics’ opinions be damned.