Think the bourbon craze has gone too far?

Present buyer behavior indicates that this may just be the start.

My, my, just when everyone thought a 10th of that price was a lot for a bottle of proven Pappy Van Winkle 23-year-old, the ante is upped way up.

To keep the transaction legal, the bourbon, which will be bottled two years from now, will be sold to the bidder at a liquor store for a yet-to-be-determined amount. 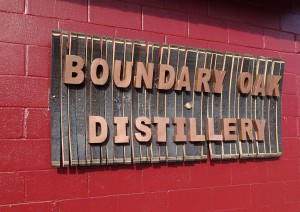 According the bourbon’s distiller, Brent Goodin, owner of Boundary Oak Distillery in Elizabethtown, Ky., $28K is the highest-ever price paid for a bottle of U.S.-made whiskey.

The previous record was $25,000 for not one, but two bottles of un-aged rye whiskey made at the distillery at George Washington’s Mount Vernon, Va., home.

The world record price for a bottle of whiskey — or in this case, Scotchwhisky — is $460,000 for a crystal decanter of The Macallan Cire Perdue in 2010.

“I don’t even know if there’s ever been a public auction like this, at least not to my recollection,” said Veach, author of the book, “Kentucky Bourbon Whiskey: An American Heritage.” He’s also the bourbon historian at The Filson Historical Society in Louisville.