Since it was reported that Doc Crow’s is being sued by a pair of former servers claiming the restaurant forced servers to fund a general tip pool, I’ve talked to several restaurant operators about that specific practice. 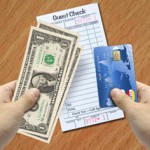 All said tip pooling is rarely a problem since 99.9 percent of servers willingly share tips with coworkers who help them.

Where it becomes a sticky wicket is when a server won’t share.

If he points to the law, which says his boss cannot force him to share tips, he’s standing on solid legal ground.

But in the few cases I’ve seen and in the many others I’ve read about, that ground becomes a slippery slope because the server soon suffers for that choice (I address this later).