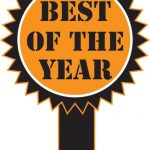 At least for Louisville.

My beloved hometown has been called one of the world’s top eight foodie destinations by Zagat and the top U.S. travel destination for 2012 by Lonely Planet.

By itself, Harvest has racked up bushels of recognition this year, including a James Beard best new restaurant, southeast, nomination, a slot on Bon Appetit’s 50 best new restaurants lists, and a best cities for southern food in the U.S. nod from Food & Wine.