Long before the Last Supper was recorded in the Bible, humans recorded their pairings of food and wine. Centuries later, beer fans joined the trend and proved brews and foods also played well together. 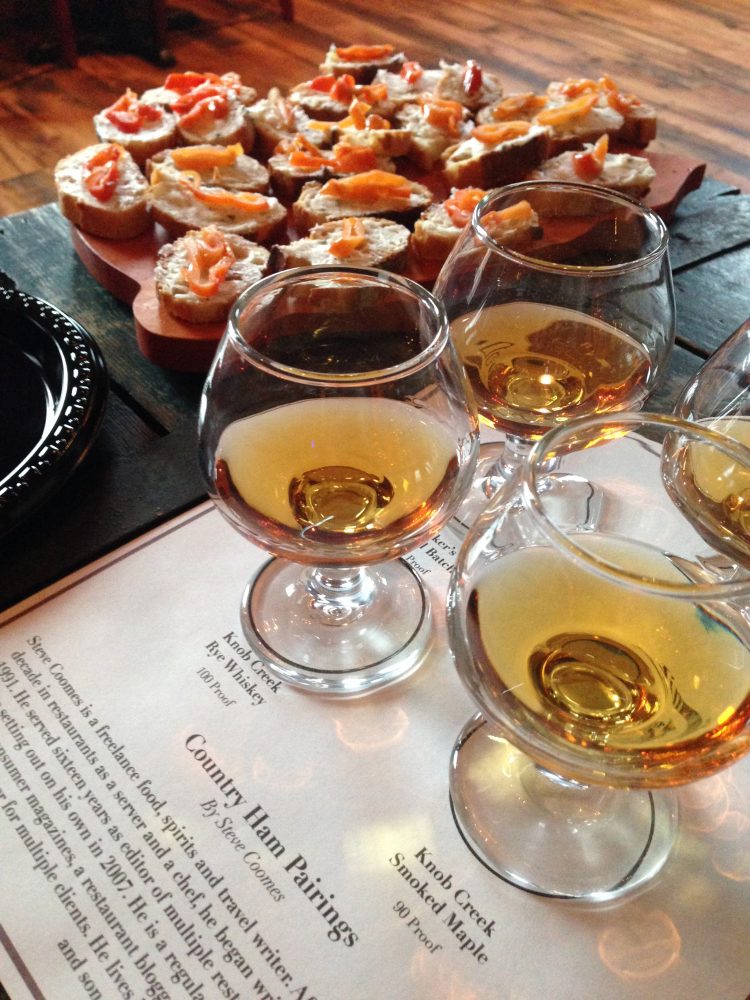 But this is Bourbon Country! Amid this bourbon boom and given my location in the Bluegrass, how could I overlook pairing food with Kentucky nectar? Working with distilleries, I started with mere tastes of each in order to appreciate and learn how food and spirits interact.

It Started with Country Ham. No pairing is more Kentuckyesque than country ham (never cooked, but sliced paper thin prosciutto-style) and bourbon, two of our state’s treasures. The sweet offsetting the savory and the link-up at their shared flavor of smoke is ethereal and a game-changer for those who’ve never experienced it.

If They’ll Hold Still, We’ll Pair Them. Since those initial ham and whiskey pairings, I’ve worked with brandy distilleries, brewers, confectioners, bakers, cheese makers, chefs, farmers, curers and more, branching out well beyond the basics of those first pairings to create many combinations.

You Want Wine and Beer Instead? Yep. We do those also. I’d never overlook the classics in creating innovative food and drink pairings.

Want a Whole Paired Dinner? We can do that, too. Those, I must say, are adventures like none other! Louisville’s bartender community is deep with talent in this area.