Louisville’s own Whisky Chicks and Bourbon Brotherhood have teamed up for the fifth straight year to host the Bourbon Mixer, presented by Splash Analytics, on Saturday. The event will be held at The Henry Clay from 6 :30-10 :30 p.m. and feature a mid-century modern theme. So dress period-appropriately, whiskey fans!

According to a news release, the event will include bourbons tastings, bourbon cocktails and bourbon-infused treats from 21 different distilleries. (Beer and wine will also be served.) Attendees can expect appetizers and desserts provided by 8Up and Butchertown Grocery. 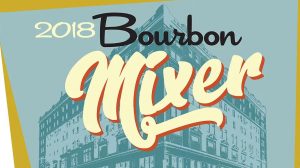 The Bourbon Mixer is the brainchild of Whiskey Chicks founder Linda Ruffenach and Bourbon Brotherhood founder Bruce Corwin. In its first four years, the Bourbon Mixer raised more than $87,000 in total for various local charities.

Tickets are $125 and can be purchased online at BourbonMixer.com. All proceeds will benefit the Coalition for the Homeless, which works to serve the city’s underhoused population.

About the Whisky Chicks

The Whisky Chicks are libation liberators, whisky educators and friendship facilitators. Founded in January 2014 by Linda Ruffenach, the Whisky Chicks are on a mission to introduce and educate more women to the pleasures of a good glass of whisky, while making good friends along the way. From the novice to the connoisseur, the young professional to the great grandmother, they have something for everyone. For more information see their website www.WhiskyChicks.com.