Thirty-three years ago, when I cooked alongside Dean Corbett at Sixth Avenue (he a 23-year-old sous chef, I a 21-year-old cook), he said he was leaving to take over Equus, a little-known, struggling restaurant in St. Matthews. I thought to myself, “He’s talented and ambitious, but I’m not sure he can actually own and run a restaurant.” 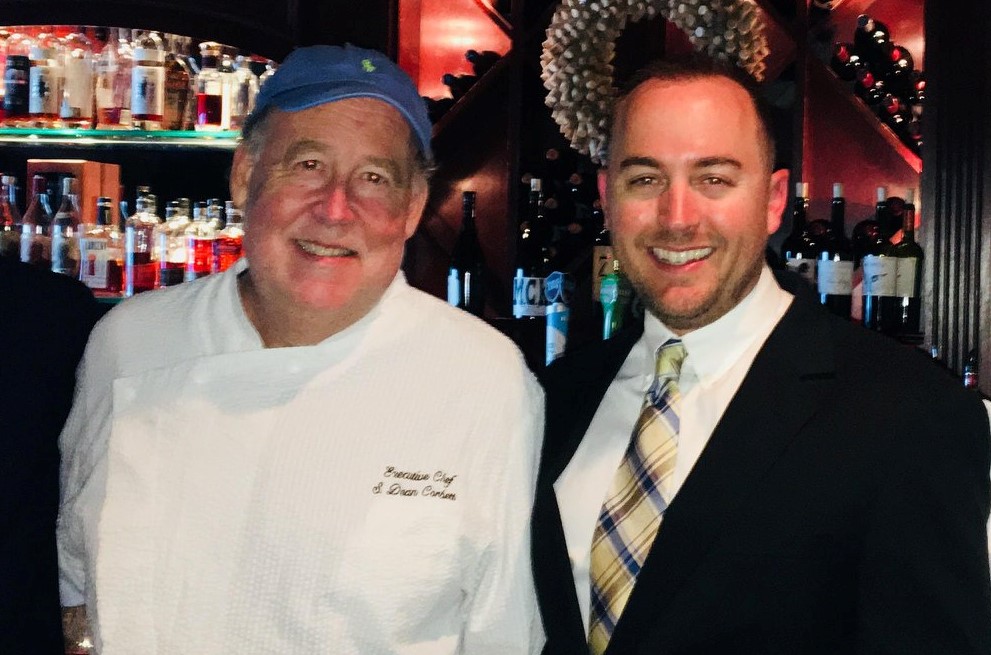 I told him that story once and in his characteristically self-effacing way, he laughed and said, “Trust me, I was thinking the same thing back then! I was terrified I’d gotten myself into something I couldn’t manage. Had my dad not believed in my ability to do it, I’d have not done it.”

In late May, Corbett sold the venerable restaurant and its sister business, Jack’s Lounge, to Jared Matthews, a longtime partner in Diamond Station who bought Café Lou Lou more than a year ago. Just as he’s given new life to Lou Lou, he plans to move similarly to tweak and adjust Equus-Jack’s—named fittingly after Corbett’s late father.

Details of the sale were not disclosed, but for the near term, Corbett will retain his dual role as executive chef and affable front-of-the-house figure. Some wonder if the eventual end of Corbett’s influence as Equus-Jack’s essential persona will damage the restaurant’s feel and appeal, but I doubt it. Corbett is, at present, undeniably the face of the business. But as he gradually winds down his role there over the next couple of years, Matthews’ influence will take over, new customers will be courted, and the business will begin a new cycle of life.

This is not a bad thing, as some portend. It’s normal. Founders can’t live forever. Businesses very regularly operate for years under the guidance of successive owners. I’m happy to see Equus-Jack’s live on, and I’m looking forward to seeing where it’ll head.

Frankly, I’m glad to see Corbett dial back his workload. He needs a break, needs some family time. Few, if anyone, in the local restaurant community works harder than he. The restaurant industry punishes the body, mind and, sometimes, the soul. No one emerges unscarred from daily battles in its trenches. He’ll tell you that he could use some healing rest.

And that’s just the work done inside his businesses. No local restaurateur has raised more money or worked as tirelessly piloting charity fundraisers as Corbett. Volunteering his time and determination, he’s raised millions for Norton’s Children’s Hospital (Bourbon & Bowties) and Gilda’s Club (Night of a Thousand Laughs), among others.

Perhaps equally important is his incredible influence among local restaurateurs and chefs. When he wants you to cook for or contribute to a cause, it’s desperately hard to say no to Chef Deano. I can’t think of any other chef who has such pull.

Perhaps Corbett’s most notable mark on the community was his namesake restaurant, Corbett’s: An American Place. For 10 years it was the finest of the city’s fine dining restaurants. For all the good Casa Grisanti, Sixth Avenue, Mama Grisanti, Embassy Club, Hasenour’s and others did to lay the foundation for Louisville’s ongoing restaurant boom, none had the total package like Corbett’s. It was a dining temple built for grandeur, and its food and service delivered balanced excellence like none other in town.

To say Corbett was heartbroken when he closed it last November is an understatement.

“I put everything I had into that place,” he told me the day after it closed. “I couldn’t have given it any more than I did.”

A few weeks ago, when he and Matthews were arranging the Equus-Jack’s sale, Corbett told me, “I’m worn out after 40 years in this business. I started as a dishwasher at Red Lobster, worked in restaurants in Texas when I was in college, worked for the Grisantis and then myself. Forty years is enough for anybody in any job.”

Those are the words of a tired man who knows relief is on the way, but who isn’t far-enough removed from his career to see its impact. When that overdue rest and relaxation come, I bet it’ll change his perspective; delight will begin to replace the blinding fatigue. When the day-to-day grind of ordering, managing and bill-paying are gone from his plate, Corbett will begin to feel the joy of a hard life well lived. I predict he’ll see, as so many of us already do, how he helped advance the Louisville restaurant scene far beyond where it was when he bought Equus in 1985, and he’ll delight in that fact.