Louisvillians will soon get tableside seats for the long-awaited burrito battle between Qdoba Mexican Grill and Chipotle Mexican Grill. 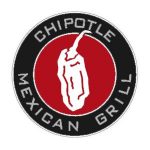 According to Business First, the restaurant will open sometime mid-2013 at 315 S. Fourth St.—a mere stroll across the ring from a Qdoba store at 300 S. Fourth St.

Calling this heavyweight title Mexican food fight would be a bit much since Taco Bell throws away more food than Qdoba and Chipotle purposely make any given day.